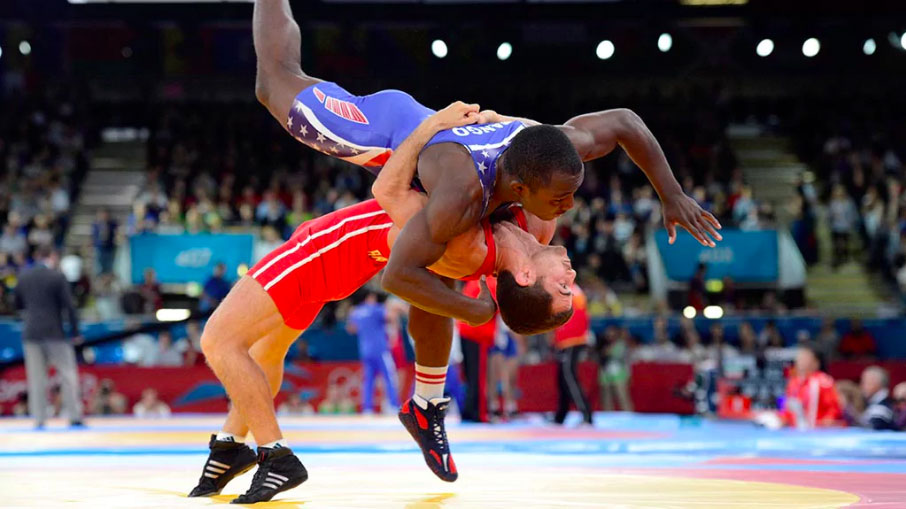 The MMA Masters Wrestling Program is based on a blend of Greco-Roman and Freestyle Wrestling. MMA Masters is the only MMA school in Miami to have a All-American as Head of Wrestling on a full-time basis.

At MMA Masters, you will have access to the premier wrestling program in Miami. We also offer special competitor’s classes for those who are interested in competing in wrestling. The benefits of wrestling are endless. It develops a physically strong base for all martial arts by improving balance, reflexes, agility, and endurance. All of these qualities are essential not only for athletes, but for anyone who wants to improve their fitness level.

Wrestling is one of the oldest sports in history, dating back to the first Olympic Games. Wrestling is a combat art based on leverage, strong balance, explosive power, and intricate finesse with the intention of taking down and controlling an opponent on the ground.

Freestyle wrestling is considered to be one of the most complete styles of wrestling. Greco-Roman wrestling, on the other hand, concentrates on throws and upper body clinch techniques.

In MMA, wrestling is often viewed as a critical part of the transition game between stand-up striking and grappling on the ground. Without a doubt, wrestling is a critical skill for any aspiring mixed martial artist.